Series of two limited poster designs for this spaced out duo, of Mark Refoy on guitar and Johnny Mattock on percussion.

Slipstream were formed in 1994 after Mark Refoy left Spiritualized. The band consisted of Ian Anderson on guitar, Gary Lennon on bass, Steve Beswick on drums and occasional appearances from Jonny Mattock who had also stopped drumming for Spiritualized later that year. Over the following five years the band released two albums, Slipstream and Be Groovy Or Leave, and a compilation CD, Side Effects, all on Ché Trading.  In 1999 the band ceased recording after releasing a final single, ‘Everything And Anything’, on the Enraptured label. The track recently featured on the soundtrack to the BBC Three sitcom, Ideal starring Johnny Vegas.

In 2004 Slipstream, now down to a two-piece consisting of the former Spacemen 3 members, Mark Refoy and Jonny Mattock, decided to play live again, with the help of electronic augmentation. Both men reside in their home town of Northampton. 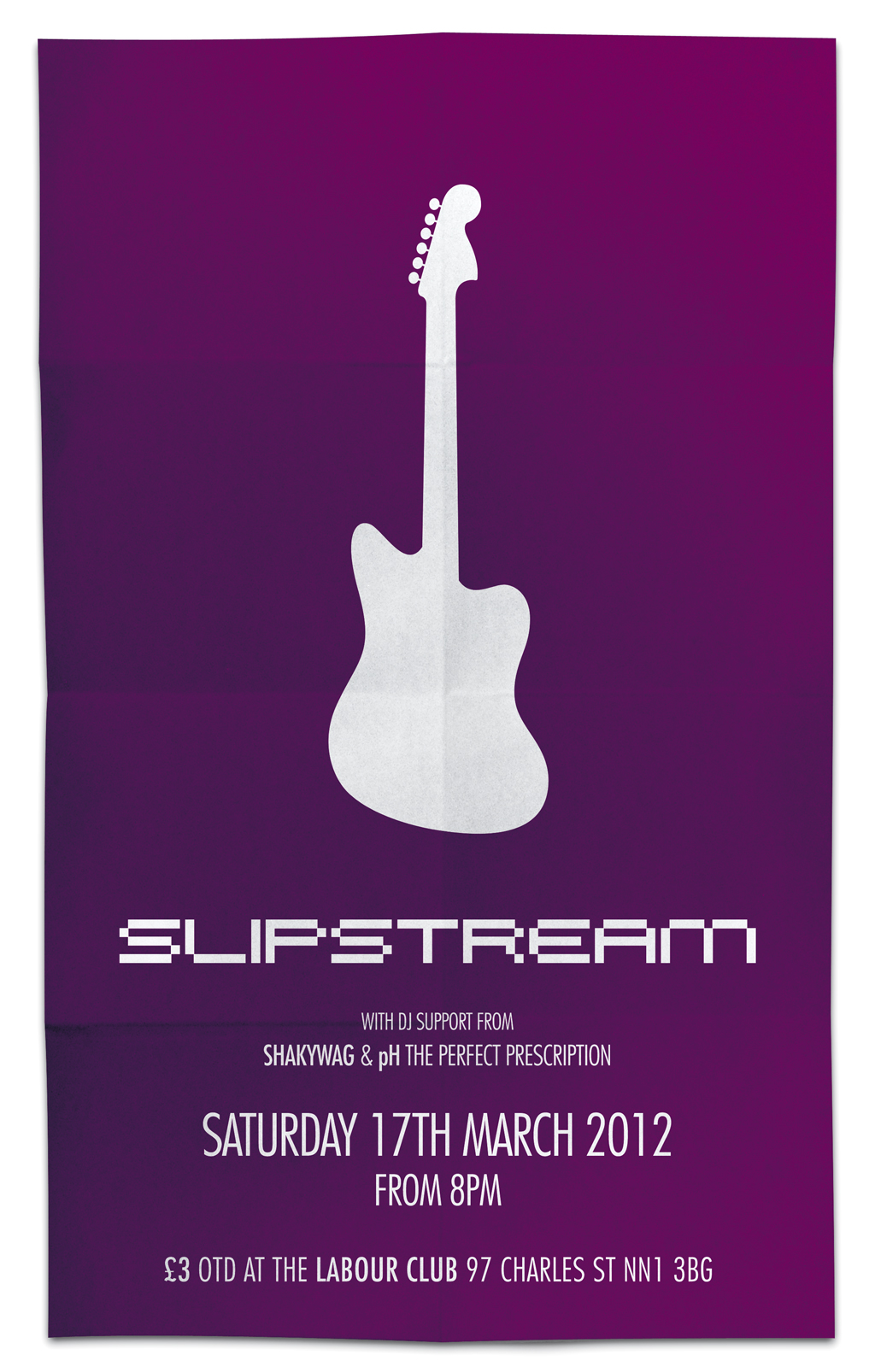 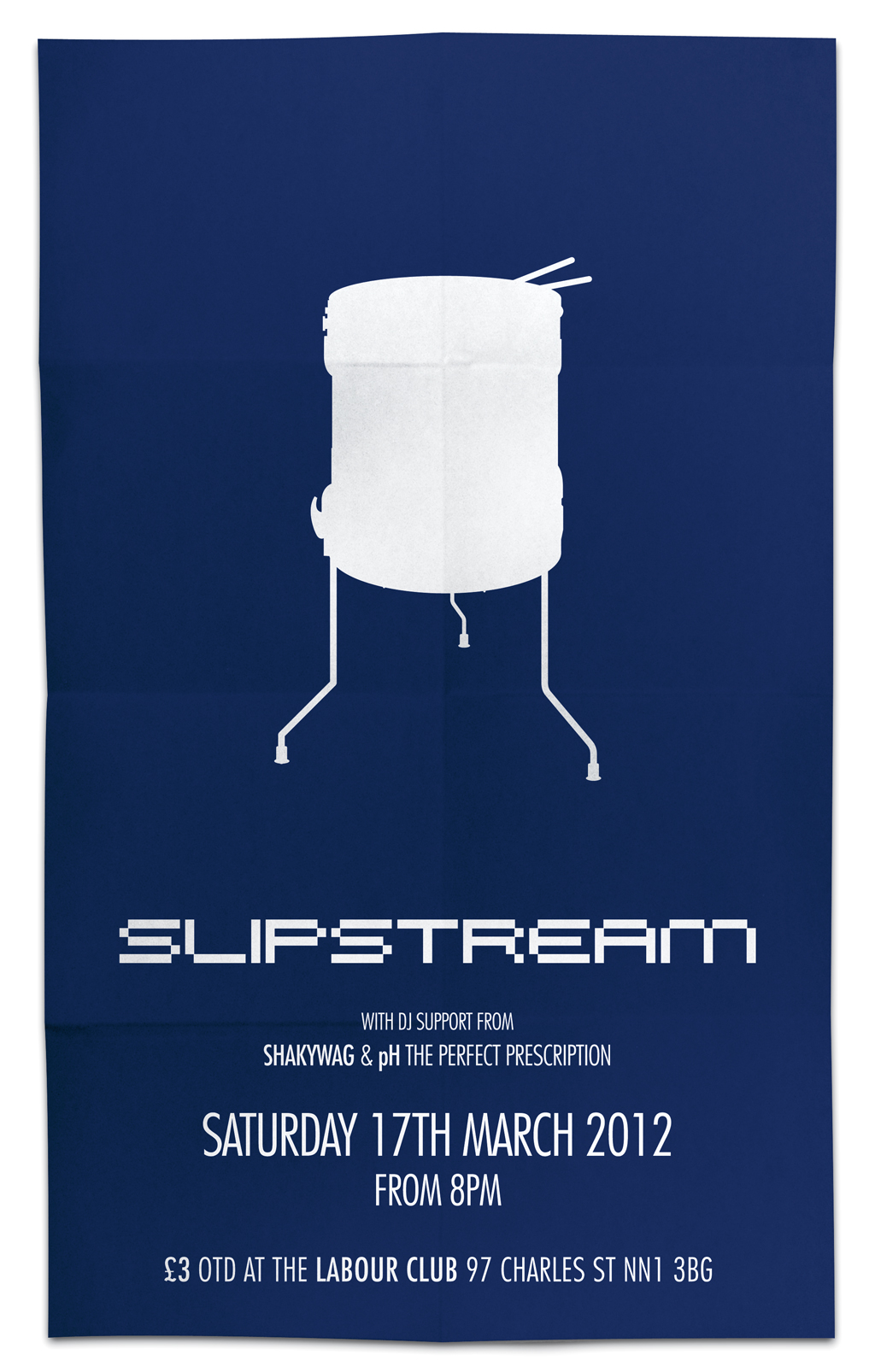