A logo for the Angler Terrace at the South Place Hotel, London in Partnership with Laurent Perrier.

The logo concepts supplied for Tsarina’s Winter Terrace portray the spirit of opulent Russian Imperialism through the use of symbolism and typography, the two eagled coat of arms of the Russian Empire which was abolished with the Russian Revolution in 1917, and the use of the Great Imperial Crown, which was used by the monarchs of Russia from 1762 until the monarchy’s abolition in 1917. The stylised snowflake, an intrinsic and universal symbol of winter, or the recognition of the silhouetted ornate cutlery conjuring up an edge of elegance.

The Cyrillic typography has been selected to achieve the mystique of Russia and the sense of the early 18th century. The alphabet of Imperial Russia was heavily reformed by Peter the Great, who returned from his Grand Embassy in western Europe with a new form of lettering which was closer to the Latin alphabet, several archaic letters were removed and Peter the Great personally designed the new Я which was inspired by Latin R.

The clean, hard and angular lines of the main typeface selection is complimented with the elegant use of cursive fonts for the Winter Terrace headings. 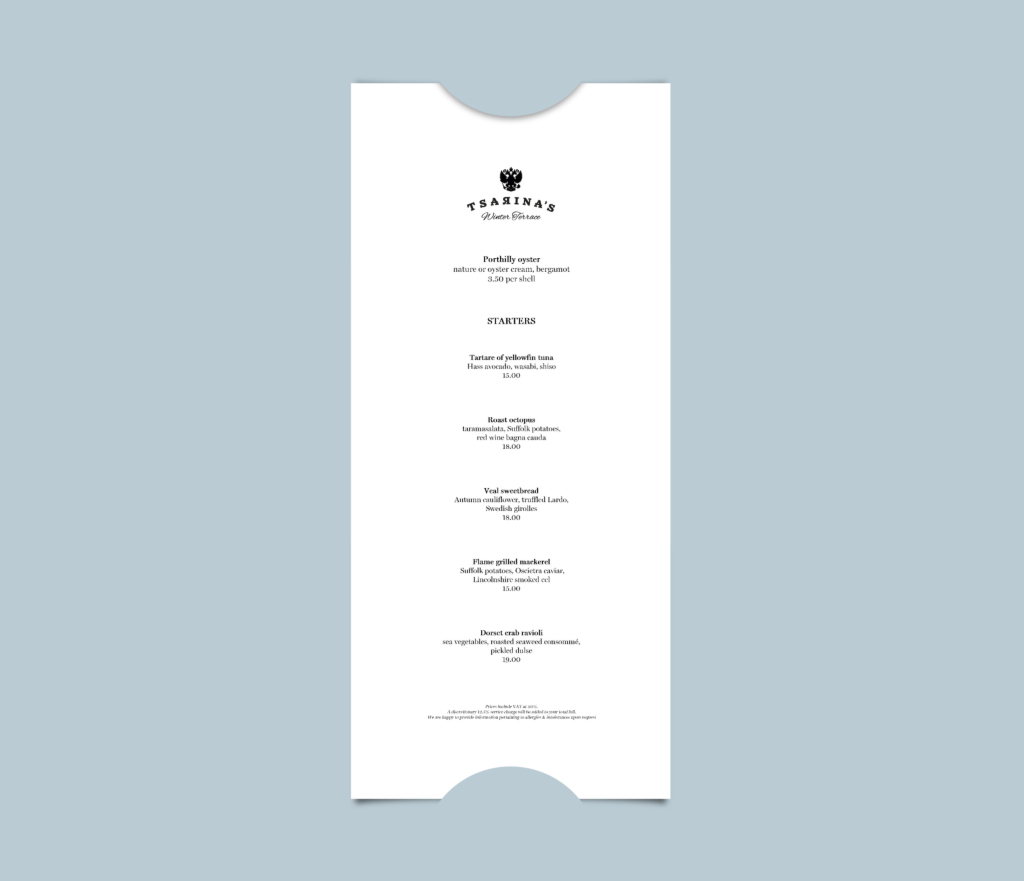 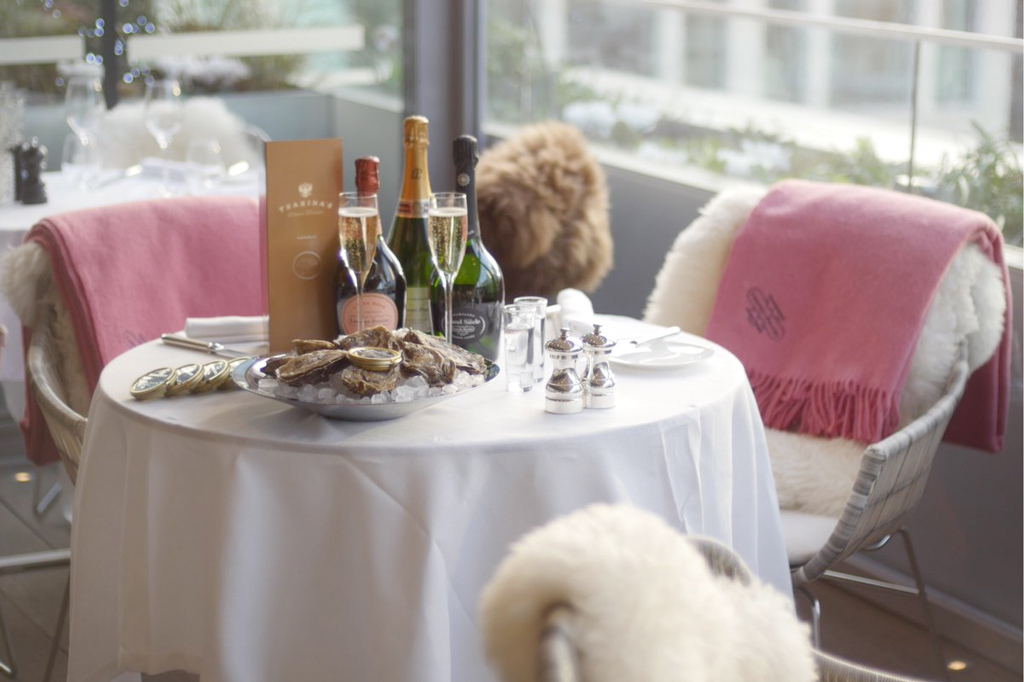 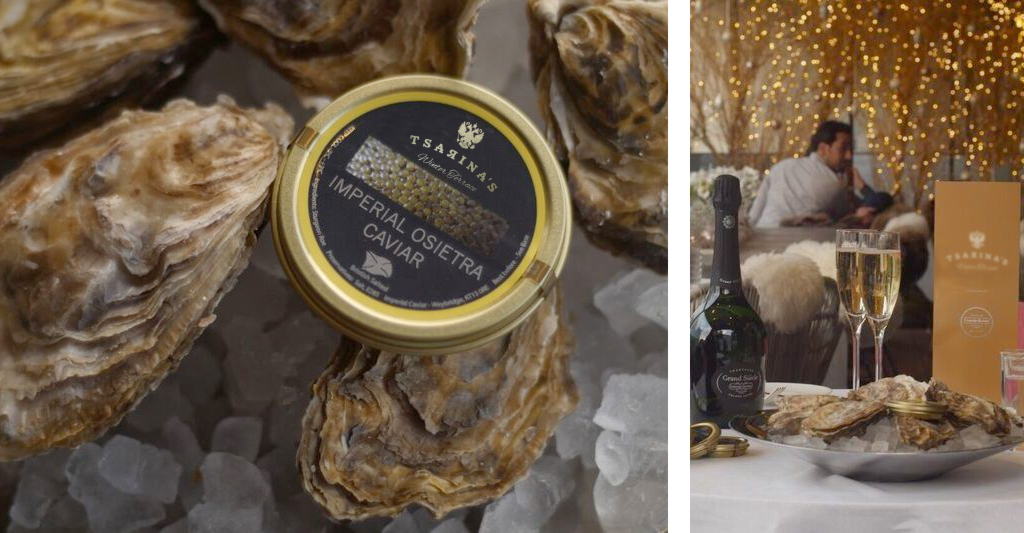