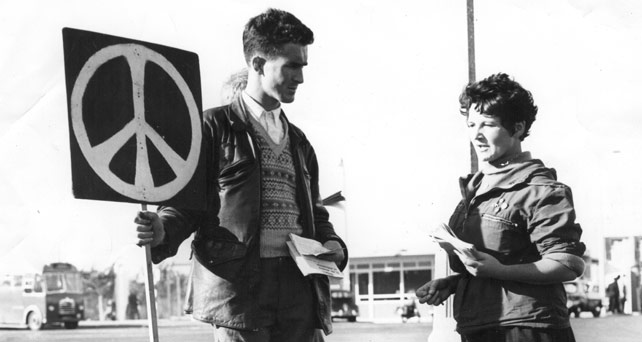 On the Easter weekend of 1958 it got to be seen for the first time. It was during a march from London to the Atomic Weapons Research Establishment at Aldermaston. The demonstration was organized by the Direct Action Committee Against Nuclear War (DAC), eventually it would merge with other groups and the name would change to form CND. Out of all the banners held aloft that day it was Gerald Holtom’s that stood out. He was a designer and graduate of the Royal College of Art.

Holtom was responsible for designing the banners and placards. He showed his preliminary sketches to a DAC meeting in February 1958 at the Peace News offices in North London.

Although the symbol Holtom had designed showed the semaphore for the letters N (both flags held down and angled out from the body) and D (one flag pointing up, the other pointing down), standing for Nuclear Disarmament, the designer explained some years later, 1973 to be precise, that he had adopted a much more personal approach.

I was in despair. Deep despair. I drew myself: the representative of an individual in despair, with hands palm outstretched outwards and downwards in the manner of Goya’s peasant before the firing squad. I formalized the drawing into a line and put a circle round it. It was ridiculous at first and such a puny thing. 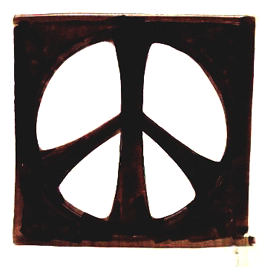 Holtom had toyed with the idea of using the Christian cross but realized that to Eastern eyes the Christian Cross was a reminder of the tyranny of the crusades. The dove was also rejected, Stalins regime had used the dove to no less than bless their H-bomb manufacture.

The designer turned his drawing of an individual in despair, with hands outstretched outwards and downwards in a manner of similar to Goya’s peasant before the firing squad, into a badge, pinned it on to the lapel of my jacket and forgot about it until he went to the post office later. The girl behind the counter enquired about his badge, ‘Oh, that is the new peace symbol’ Holtom replied. 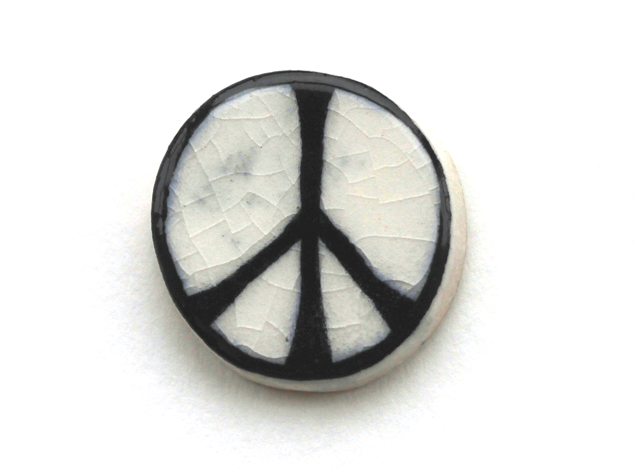 The symbol was updated as it became more widespread. The earliest versions of Holtom’s design show the submissive individual in despair more clearly. 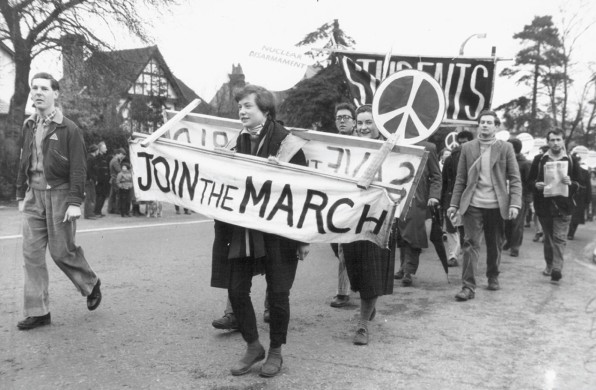 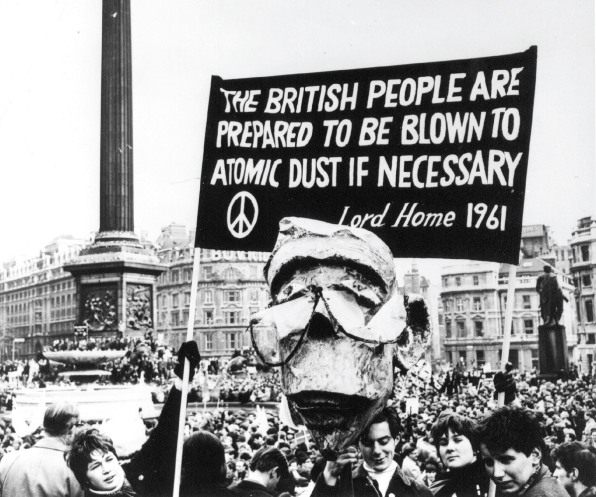 But later on, the designer Ken Garland used a bolder incarnation.

This 1962 poster, used photograph of Ken Garland’s daughter, Ruth, looking out of a window, and the bolder stylised version of the logo. 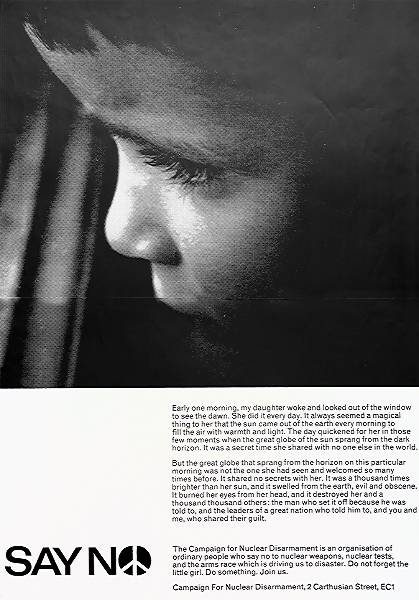 The symbol continues to be used as shorthand for peace and hope. 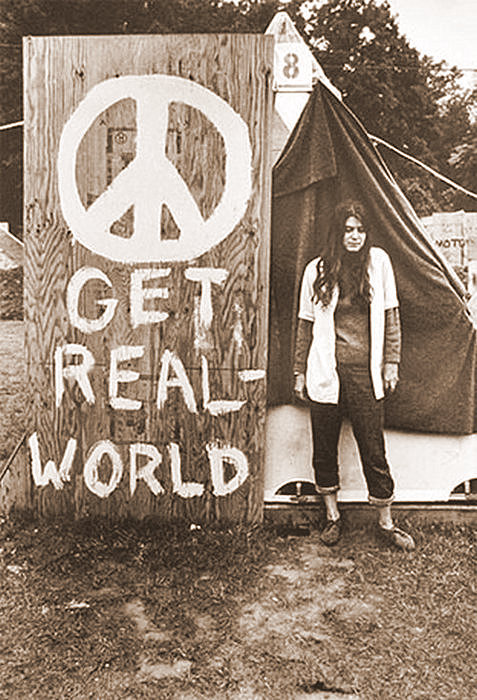 Find out more by visiting cnduk.org

You can read more about the design process in the book TM: The Untold Stories Behind 29 Classic Logos published by Lawrence King. Buy a copy here