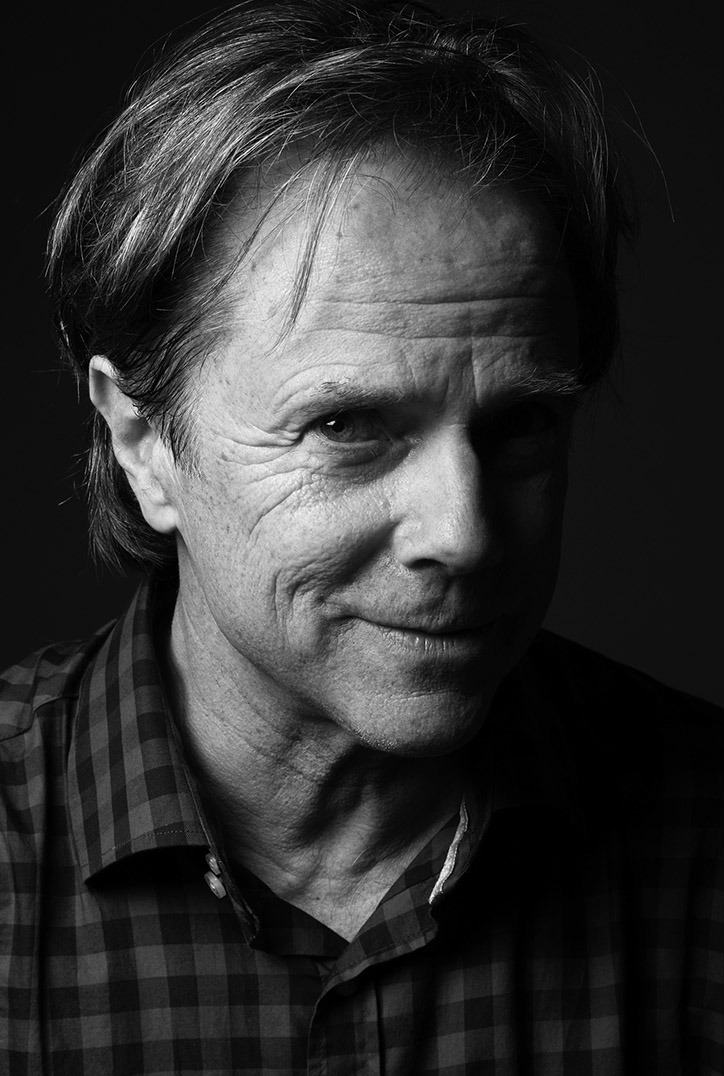 Over the years when I would get asked, usually during a job interview, who my favourite designer was. I used to say, without missing a beat, that it was David Carson.

It was easier when I was younger but now I’m like, fuck knows? Which is both sad and incredibly lazy, but I am nearly 50 and don’t devour design magazines and books like I used to. Plus we are saturated with graphic design and to be honest it rarely excites me the way it used to.

So, I think for a while longer and I say that I love the design agency La Boca, still impressed with early Factory stuff by Peter Saville, not including the artwork for  Republic by New Order in 1993,what was he thinking ? It looks like someones first effort on Photoshop and the image is squashed too and I could rant about this for hours but I won’t . . .

I’m sorry to have to admit that I really have no bloody idea what he has done for years. And in my head I remember him saying, and I definitely quoted it too, that ‘Graphic Design is the new rock and roll’.

But it seems that I’d even got the quote arse uppards. Searching for this article, I find his actual words were twisted in my addled mind and what the man actually said was… 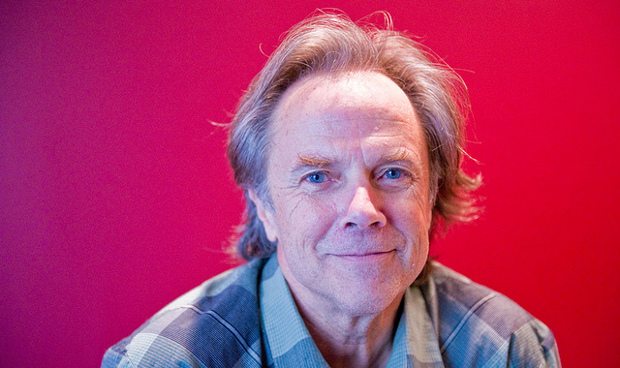 And I can’t actually find the year he said it but anyway as I was messing around all those years ago on an Apple Macintosh for the first time, it all seemed rather, dare I say, sexy, and I thought fuck it, I could never play my guitar properly, and I was the worst harmonica player I’d ever heard, so it seemed I could be all rock and roll by just designing stuff. Of course life slapped me in the face with a wet turd because Northampton is not the bohemian West Coast. And I soon found out that I wasn’t David Carson and getting a job while producing Carsonesque knock offs was neigh impossible in the shitbox town I resided.

So who the blummin’ heck is this David Carson? Well read this blog post, and, if I have at least got a small % of it correct, you’ll find out a little something. Are you sitting comfortably? Then he I go . . .

He considers the place he is most from Cocoa Beach, Florida. Was his class president for three years. Studied Sociology at San Diego State University, before graduating with a Bachelor of Arts.

Found himself working as a teacher in Torrey Pines High School in San Diego, California, from 1982 to 1987. The short days of school suited him, and he could have the summers off to go surfing.

One day he received an advert in the mail for a graphic design workshop, the description intrigued him and he thought is that really a profession? He ended up attending the two-week graphics course at the University of Arizona. That couple of weeks opened his eyes…

Wow! I don’t think anything’s ever been so clear to me. That’s what I want to do

So around the early 1980s Carson started to experiment with graphic design and the lucky bugger found himself immersed in the artistic and bohemian world of Southern California.

Carson went to Switzerland where he attended another short workshop in graphic design, taught by Hans-Rudolf Lutz, he was to become Carson’s first great influence. 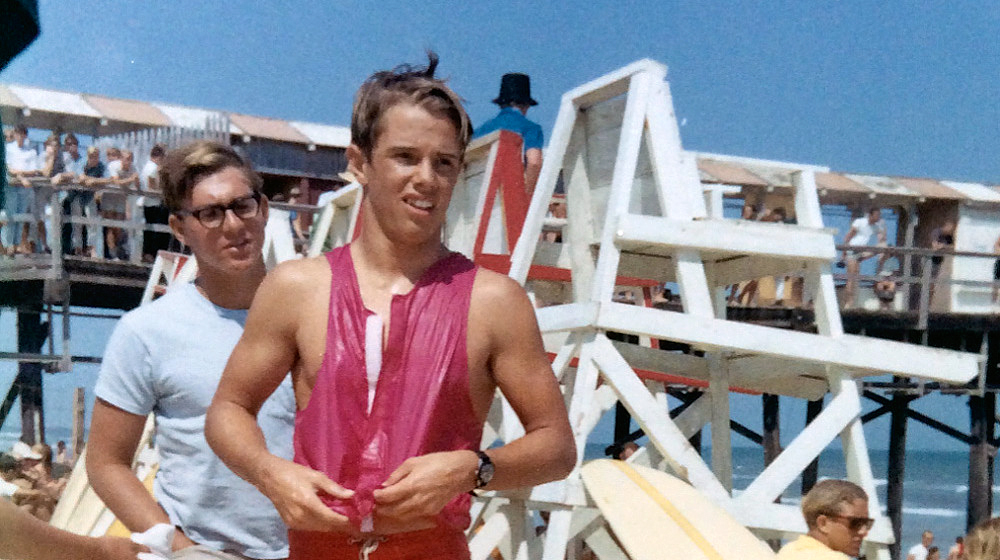 In 1984 the competitive surfer come designer became the art director of a magazine called Transworld Skateboarding, where he remained until 1988. His art direction led to the magazines distinctive look, Carson continued to develop his signature style. 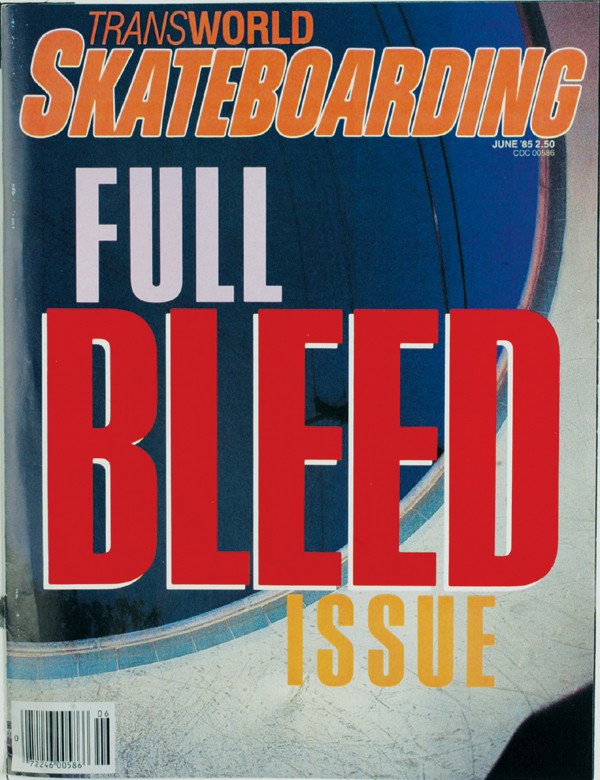 And so become to emerge the characteristic chaotic spreads, overlapping non-mainstream photographic techniques, rubbing shoulders with altered type. It started to draw admirers, the photographer Albert Watson, for example, declared Carson used type the way a painter used paint, to create emotion, to express ideas. Of course there were haters too, there always is, his fractured presentation was obscuring the message, was this graphic design or art, or just a bleeding mess?

He moved to the East Coast to work at Musician and Billboard, but some fool fired Carson for being too radical.

He heard that Surfer Publications were talking about doing a more experimental magazine, so he flew out to California to interview for the job. Carson landed the position at Surfer magazine where he lead art direction for the next few years. For the first time he would have a chance to put together all his earlier training and be experimental too.

Then on to the period he considers to be his career highlight, Beach Culture. A quarterly publication, it only ran for six issues but won Carson more than 150 design awards. Tabloid-sized, he now had the canvas to make a significant impact on the world of graphic design and typography. Again his innovative style was not always liked by his peers, for a feature on a blind surfer, Carson gave the readers a blacked out spread. 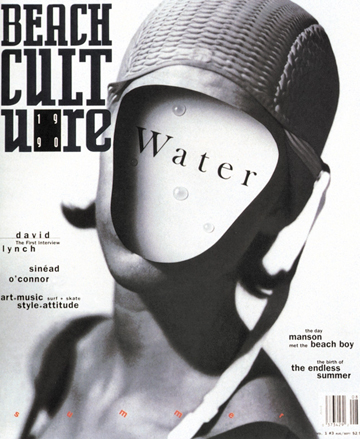 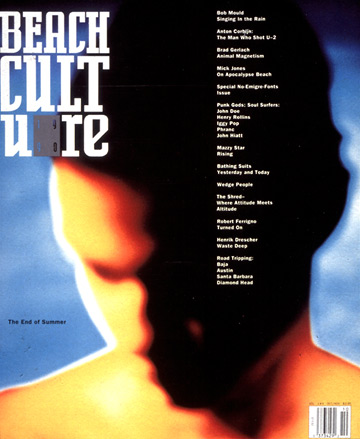 Saul Bass once told Carson to just keep doing what you do, don’t care or follow the critics

For me, a working class fool living the furthest from the sea you can get, I never stumbled across Surfer or Beach Culture but David Carson entered my life with his next job, an alternative music magazine. 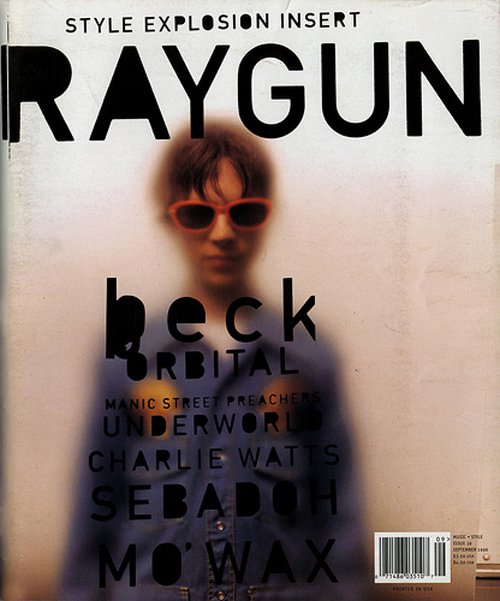 Carson had caught the eye of Marvin Scott Jarrett, publisher of a new alternative-music magazine, he was hired as art director in 1992. The next three years, with the help of a new radical design direction, Ray Gun’s circulation tripled.

The magazine explored an experimental typographic design mixed with it’s own take on youth pop cultural. Editorial content was presented in an often chaotic, noisy, abstract style, and not always easy to read. Example; an entire feature in the unreadable symbol font Zapf Dingbats, although I think they un-punk’d it a little by reprinting the article in a ‘proper’ typeface at the back of the same issue. 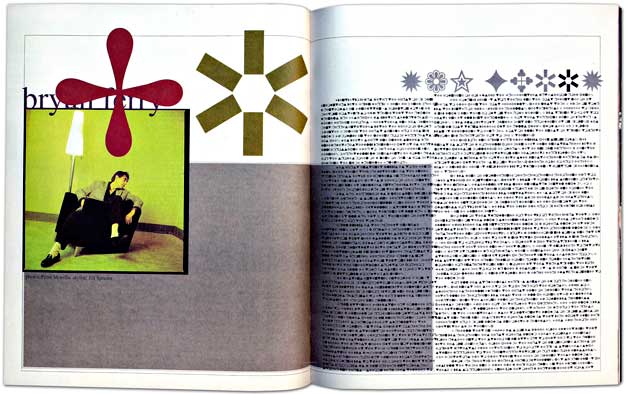 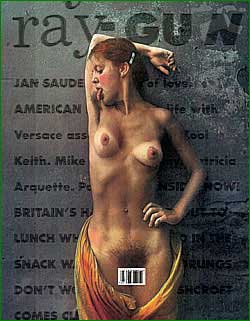 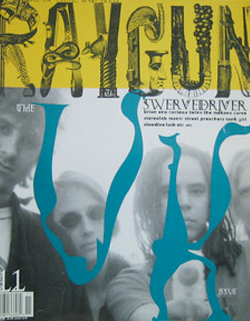 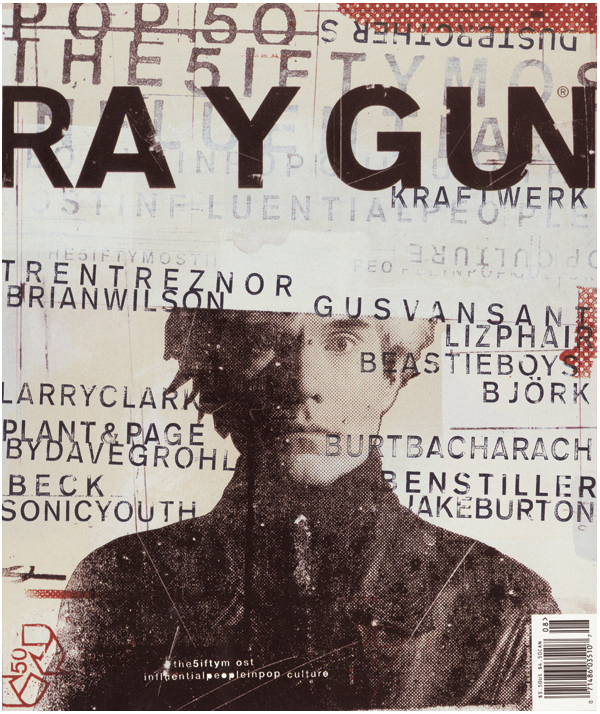 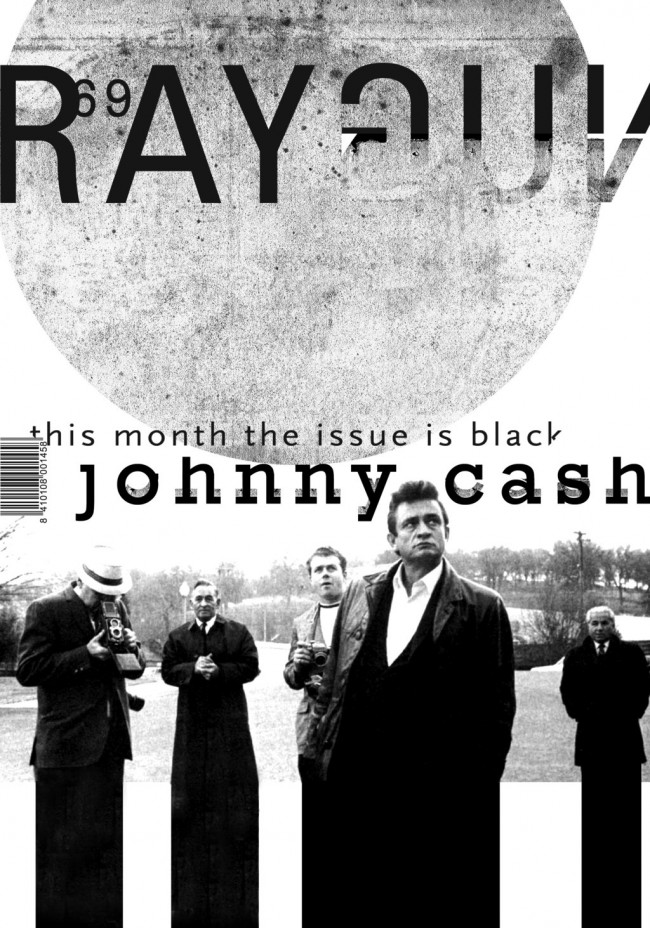 Other magazines at the time were experimenting too, for example, Eye magazine art directed by Stephen Coates, but commercial design had fallen into the digital ‘desktop publisher’ spell, and to me had become very staid and safe. Helvetica and Garamond Italic anyone? Designers of the 1980s mellowed their work and seemed to get a little yuppie. But there were others pushing boundaries see Stephen Male, Neil Edwards, Richard Bonner-Morgan and Ian Swifty Swift.

The game was changing. His lack of a long formal training, combined with his own life experiences, growing up in Southern California gave Carson a somewhat more experimental, liberal and open minded approach to design and life in general. Those surfer types and there chilled out ways. Natural flair and freedom gave birth to wild covers and page layout smudged with a little chaos that echoed the passion of the musical artists and was an extension of the editorial direction. He was also using negative space to compliment the chaotic elements (the oxygen of good design).

His Dad once told him – whatever the experience if you’d either laughed or learned something, it was probably worthwhile

I loved Ray Gun (still have my copies in a box somewhere). I remember using a photocopier to blow up text and images, distorting them, and then shrinking back down adding even more noise, scanning them back into the Mac to use in my layouts, just trying to mimic his style. Borrowing font choices and design styles, trying to shoehorn a Carsonesque feel into the design briefs I was being fed, not that clients wanted it.

When I finished designing the issue, I sent it to the printer. Nobody had to ‘okay’ it. I had an amazing amount of freedom and I was always aware of that

His career continued to great heights, but after Ray Gun he fell out of my orbit – I did continue to buy his books from time to time.

He continues to publish and is still very much in vogue as a creative. I read an article recently where Carson looks back upon a blessed career and talks about being lucky enough to have had total freedom in his work. From surf to art to music, onto worldwide branding. Loving all his experiences, but still looking fondly to his time in the world of magazine publications.

Over his long career David Carson has won hundreds of awards for graphic design, branding, photography, and advertising.

When asked what his personal motto was, by Andy Bulter during an interview with designboom, Carson replied: