So today’s post is a bit special. It’s about two things most precious to me . . .

The music is one of my favourite song’s Wooden Ships and the art is the graphic short story drawn by Steve Leialoha.

The lyrics were adapted by Mike Friedrich. The pages were created in ink and Zipatone over graphite on Bristol board with an image area of 10″ x 15”. 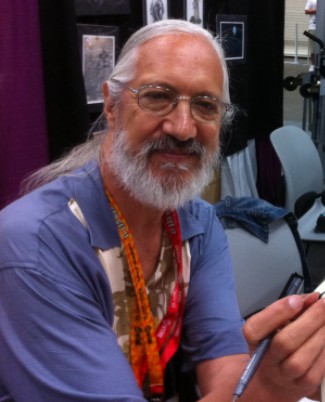 Was born January 27, 1952 in San Francisco, California and his father was a Native Hawaiian. Leialoha began reading comic books at an early age.

My dad would always give me comics. I mean, he would like to read all sorts of stuff, and he would pass everything along to me. Harvey comics and that kind of thing, when I was six or seven. As I got older, the Marvel Age, which I think of starting like in 1962, I was ten, which is certainly a good age for reading that stuff.

A song written and composed by David Crosby, Paul Kantner, and Stephen Stills, in 1968 in Fort Lauderdale, Florida, on the schooner named Mayan, which was owned by Crosby, who composed the music, while Kantner and Stills wrote most of the lyrics. 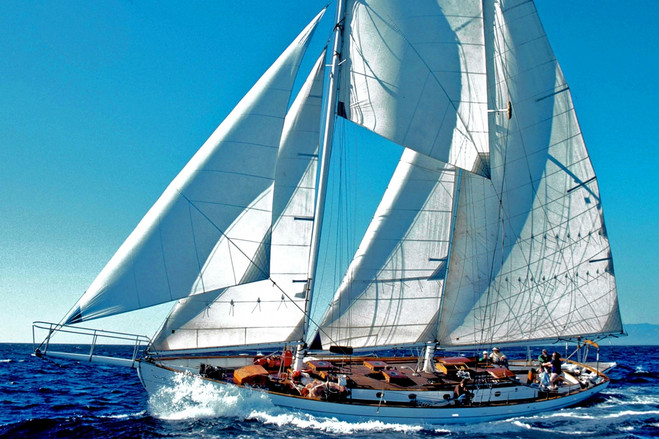 It was at the height of the Vietnam War, and during the Cold War, the world seemed at the brink of an apocalyptic nuclear war.

The lyrics to the song depict the horrors confronting the survivors of a nuclear holocaust in which the two sides have annihilated each other.

The few survivors escaping on an uncontaminated wooden ship, as they try to escape and create a new civilisation. 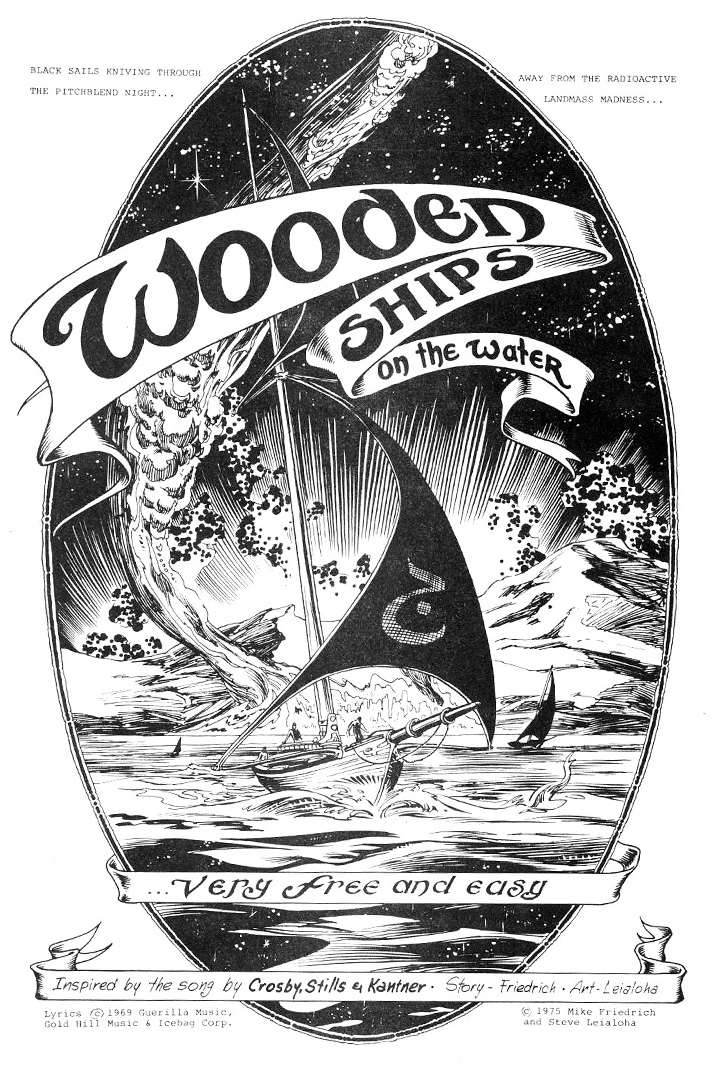 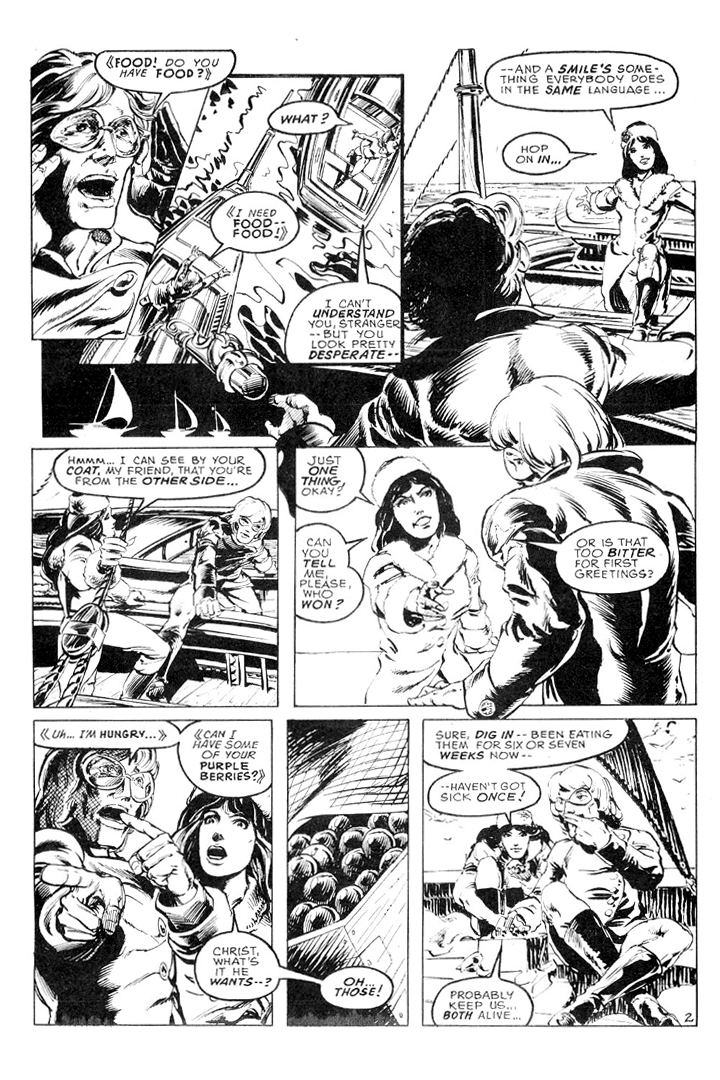 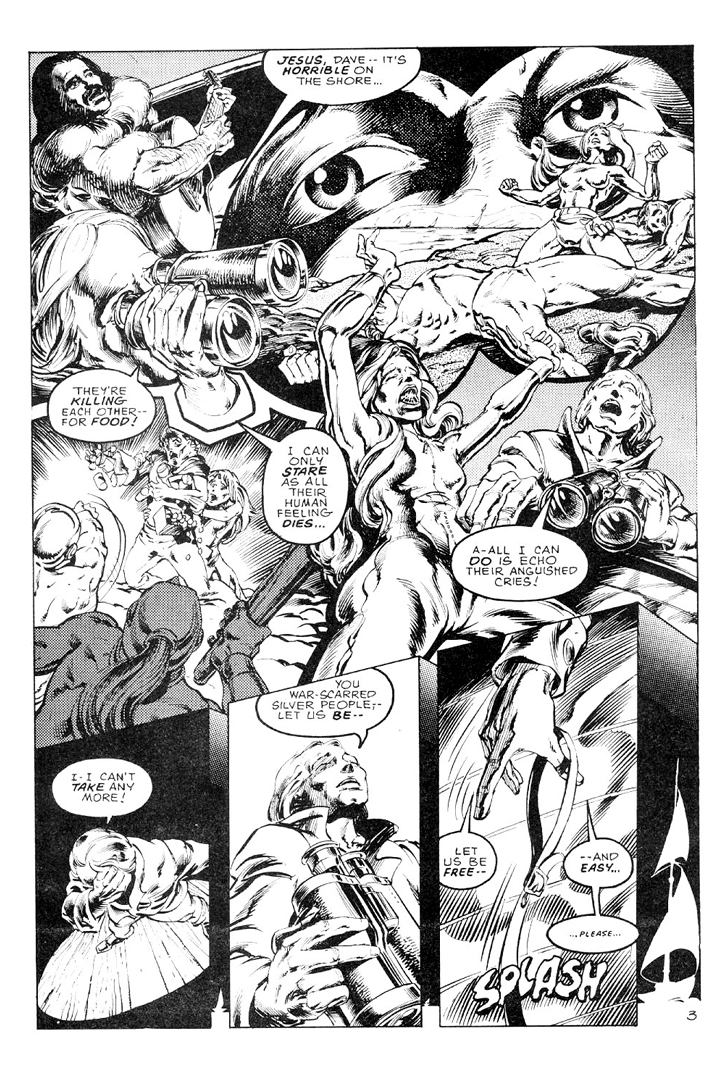 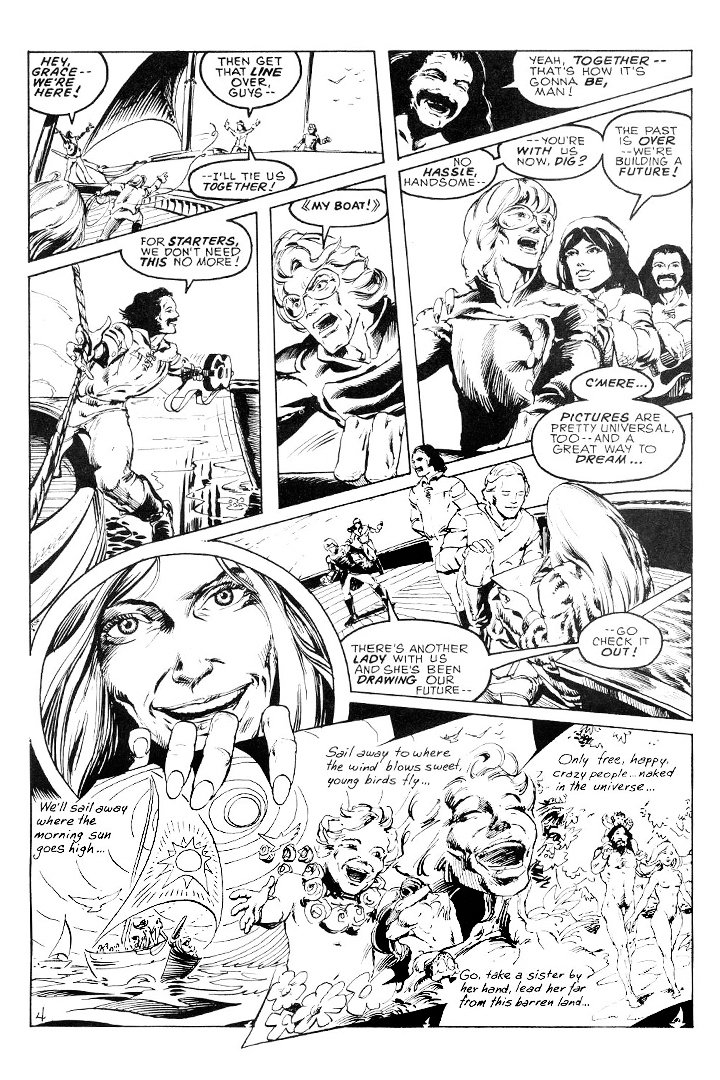 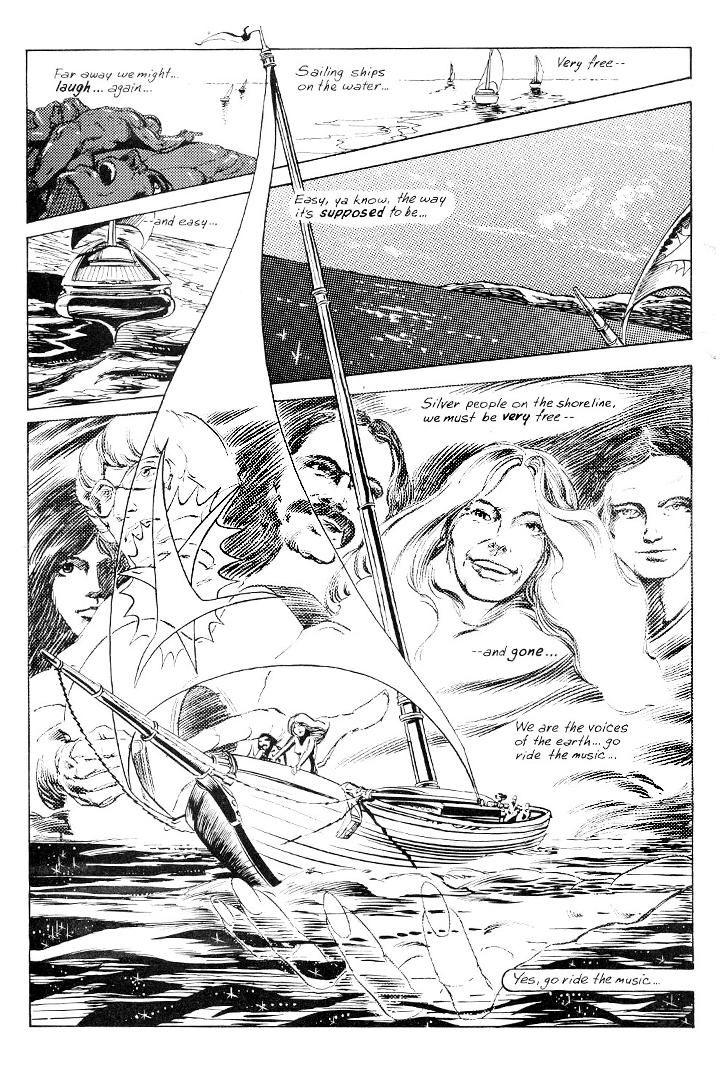 If you smile at me, I will understand
Cause that is something everybody everywhere does
In the same language

I can see by your coat, my friend
You’re from the other side
There’s just one thing I got to know
Can you tell me please, who won?

Say, can I have some of your purple berries?
Yes, I’ve been eating them for six or seven weeks now
Haven’t got sick once
Probably keep us both alive

Horror grips us as we watch you die
All we can do is echo your anguished cries
Stare as all human feelings die
We are leaving, you don’t need us

Go, take your sister then, by the hand
Lead her away from this foreign land
Far away, where we might laugh again
We are leaving, you don’t need us

A man from one side stumbles upon a man (or woman, in the Jefferson Airplane version) from the other side and asks,

Can you tell me, please, who won?

Since the question is meaningless, after a nuclear holocaust, it is left unanswered.

The purple berries, mentioned in the lyrics, are thought to be iodine capsules, which protect against radioactive iodine-131 in nuclear fallout.

The silver people on the shoreline, are over survivors in radiation suits.

In the unsung prelude of the lyric sheet it says:

Crosby recorded a solo demo version in March 1968, this demo had the melody but no lyrics. Stills recorded his own demo in April which had most of the lyrics in place.

Kantner could not be credited as one of the writers when it was released in May 1969, on the debut album by Crosby, Stills & Nash, because he was embroiled in legal disputes with the Jefferson Airplane then manager, Matthew Katz.

Kantner’s released a version with his band Jefferson Airplane in November 1969, on the album Volunteers. The two versions differ slightly in lyrics and melody.

After Wooden Ships On The Water

After meeting Marvel writer Jim Starlin in Oakland, CA, Leialoha was offered the inker job on Warlock. Leialoha continued as a freelancer and a regular contributor to Marvel from 1976 to 1988, working on such series as Warlock, Star Wars, Spider-Woman, the Spider-Man title Marvel Team-Up, the Firestar limited series, New Mutants.

Impressed with his work on Warlock, Frank Brunner asked Leialoha to be the inker for Howard the Duck.

Leialoha continued his work with Marvel for the next several years.

In 1986, Leialoha started contributing cover art and guest inking for DC Comics. He went on to ink major comics such as Detective Comics and Chronos, and volumes of The Sandman Presents like Petrefax and The Dead Boy Detectives.

In the 1990s, he began working at DC Comics on Batman and other characters; at Harris Comics on Vampirella; and at Claypool Comics on Soulsearchers and Company.

In 2002, Vertigo started publishing Fables with Leialoha serving as the main inker for the entirety of the series through 2015.

He inked part of the World’s End story arc in Neil Gaiman’s The Sandman series. The following decade, he became the regular inker on most of the issues (through 2013) of the DC/Vertigo series Fables, penciled by Mark Buckingham, for which they won the Eisner Award for “Best Penciller/Inker Team” in 2007.

Leialoha currently resides in his birth place of San Francisco with his partner, the comics artist, Trina Robbins.

He played bass in a rock band, Seduction of the Innocent, with writer Max Allan Collins, writer/actor Bill Mumy, and actor Miguel Ferrer.

I did a David Crosby mix which features a couple of different versions of Wooden Ships.