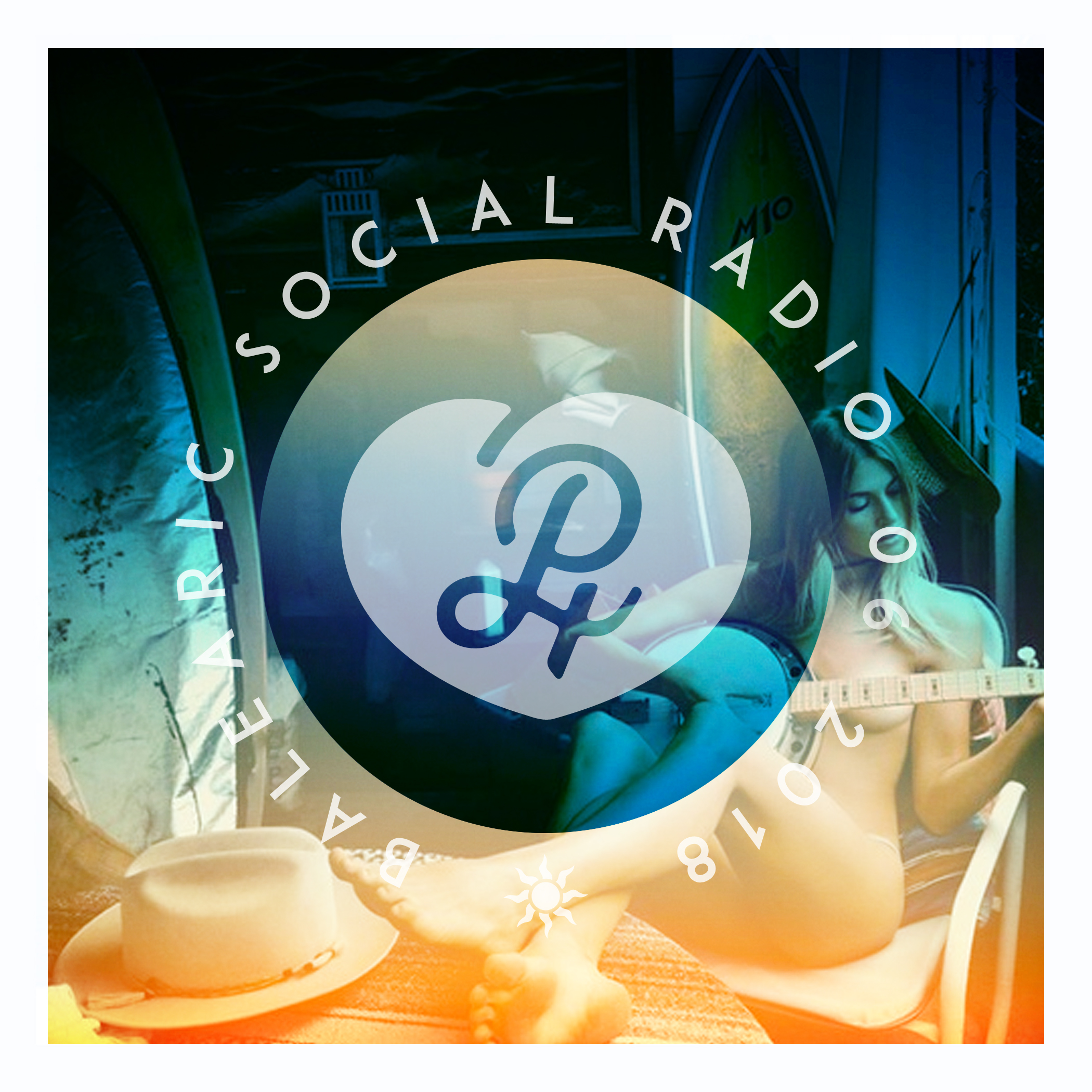 Breakfast For Two is the sixth mix curated by myself, Paul Hillery, for Andy Pye’s wonderful Balearic Social Radio show. I’m doing a monthly residency in 2018 so there will be 12 in total.

I have done about 16 mixes for the show in the past and tried to not repeat any previously used tracks in new mixes but for 2018 I have re-used some songs I have previously used in my early mixes.

You can stream the mix above or download by visiting Soundcloud 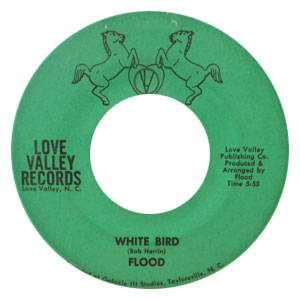 I first heard this on Üllar Siir’s YouTube account and managed to do a deal with him to get the 45. It was a too battered to use even after I had spent a hours cleaning up the file I recorded from vinyl.

Gutted, I then found out it was the closing track of the the latest Praise Poems a compilation series put out by Tramp Records.

And if anyone fancies a VG copy of the original 45 give me a holler. 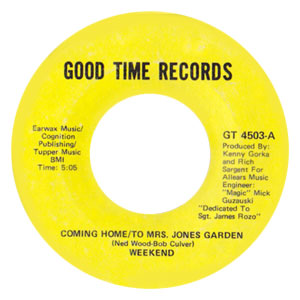 Too Bad by Weekend

A B side to the 45 Coming Home To Mrs. Jones Garden on Good Time Records from 1975. Think this may have been another one I heard Peter Beaver play years ago. 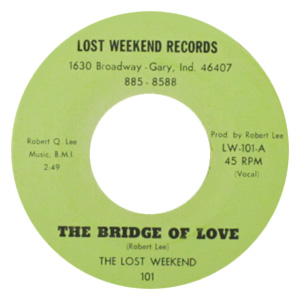 The Bridge Of Love (Vocal) by The Lost Weekend ‎

Vocal version of the track released on Lost Weekend Records a project of Robert Q. Lee.

US soul artist from the Indiana area. Robert was a talented, song writer, producer and artist. He grew up in 1960’s Gary, Indiana and was school boy friend’s with Gordon Keith and Ben Brown, so when they stated their own record label, it was no surprise that he signed to them. He had form a group, Robert Lee & The Exquisites and had been playing gigs around the city and on Chicago’s south side which in fact was only 10 miles away over the state line. His one release on the label got some play on local radio stations, but didn’t sell that well.

By the early 70’s his talents as a producer had grown and he was often called on by other local groups to work with them. His next move was under the name of Lost Weekend another vocally stylish harmony group, who released on his own Lost Weekend records and one release on the Chicago label U.S.A. He then changed his recording name to General Lee and with his latest group The Space Army Band recorded three more 45’s on his label including the currently popular ‘Pleasure’. He spent another few years touring with this set up before retiring from the business. 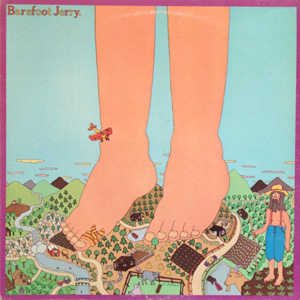 Last track on Side A of the self titled LP by Barefoot Jerry released in 1972. 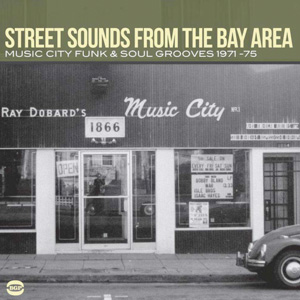 A Lonely Place by Bob Carson

I had a carve made of this as it was never released as a single although it does feature on the compilation from 2013 called Street Sounds From The Bay Area: Music City Funk & Soul Grooves 1971-75 on Dean Rudland’s BGP label.

The album compilers were given access to the tape vaults of various companies allowing them to bring the world some exceptional music that has never been heard since the day it was recorded. “Street Sounds From The Bay Area” is the result of our examination of the recordings made, and then on the whole not released, by Ray Dobard’s Music City outfit between 1971 and 1975. 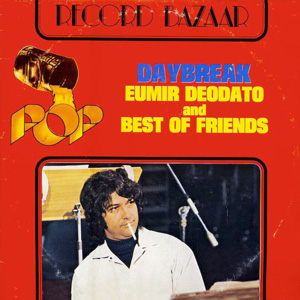 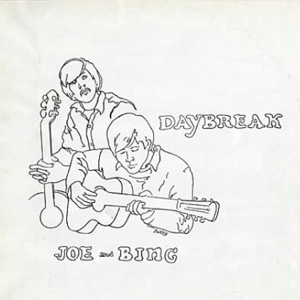 An all time favourite here and expensive in original format on the self titled LP by Joe & Bing but if you dig you can find it on the 1976 compilation Eumir Deodato And Best Of Friends – that’s what I did ! 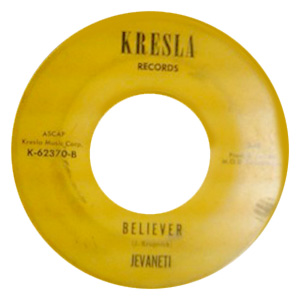 A pretty rare 45 this one and another favourite of mine. Originally used in the Very Good Plus swap from around 2014 by James ‘Bodger’ Clarke. I cleaned up the soundfile and used it in this mix with his permission. What a lovely mate he is and he has a vinyl collection to die for. 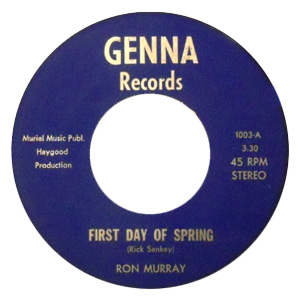 On Genna Records this one was a cheapy and I got 3 copies years ago but they were all of varying quality so I began to think it may be a bad pressing. But there are still copies out there cheap and stated as NM – sometimes listed as Northern Soul with a big price hike ! 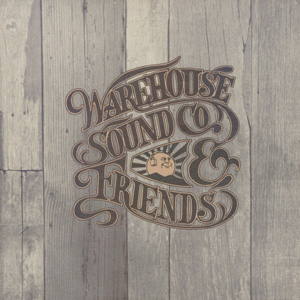 A version can be found on the one and only David Riordan solo album also called Medicine Wheel. I think it’s the same recording as the Warehouse Sound release, not much difference to these ears and the copyright states used with permission from Glenwood Music Corp.

David Riordan was in the bands Sugarloaf, Sweet Pain, The Yankee Dollar and Warehouse Sound Co. and also featured on the album Wilderness America ‎– A Celebration Of The Land where he played on and wrote some of the songs including the next track… 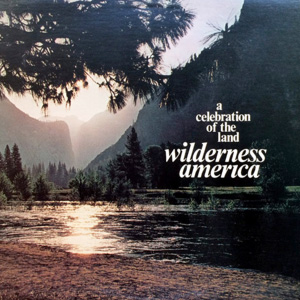 Listed as Walter Hawkins, who was the singer on this one, the track was actually composed by David Riordan 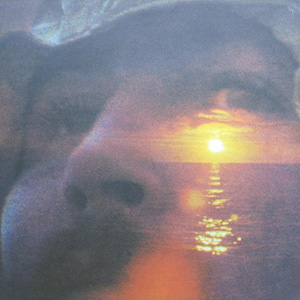 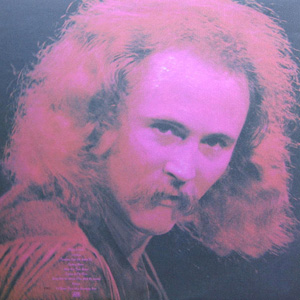 Traction In The Rain by David Crosby

I think I have probably said more about this LP this track comes from than any other. First heard around my old friend Hayden’s house on chill down session after DJing in my home town of Northampton in the mid 90’s. I fell in love with the whole album and found countless copies in the $ bins at Amoeba Records in SF on my next visit. I own more copies of this album than any other. 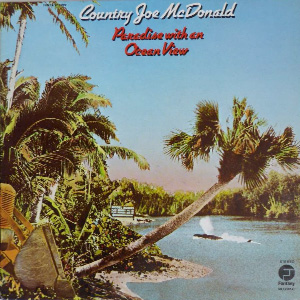 The title track of this mix, just because I thought it matched the image of the hippy girl playing banjo on the cover, that’s who I imagine I’m listening to this mix with, while the Big Sur surf laps outside the cabin.

I first heard of Country Joe by the LP’s he did in Country Joe & The Fish: Electric Music For The Mind And Body, and Together which were a bit more Haight Ashbury than this later LP this track came from, Paradise With An Ocean View is worth picking up and is really cheap too. 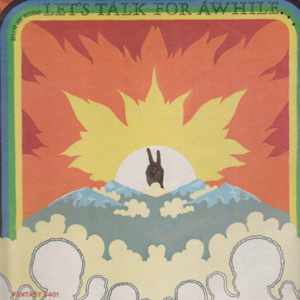 From the great LP called Let’s Talk For Awhile on Fantasy records – it’s well worth picking up. 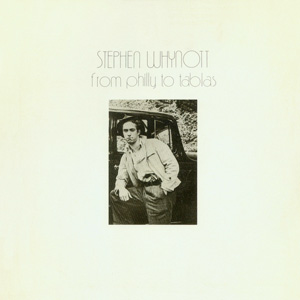 What Have You Seen by Stephen Whynott 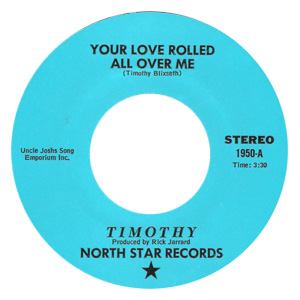 Your Love Rolled All Over Me by Timothy

A wonderful 45 I’m lucky enough to still own Your Love Rolled All Over Me is on North Star Records from 1976 – can also be found on the compilation WTNG 89.9 FM: Solid Bronze 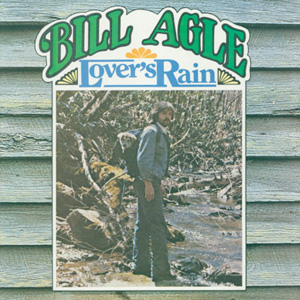 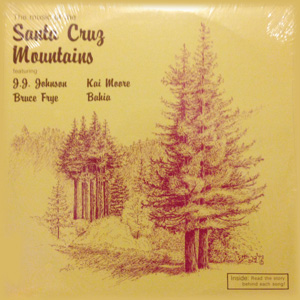 From the compilation album The Music Of The Santa Cruz Mountains released in 1974. 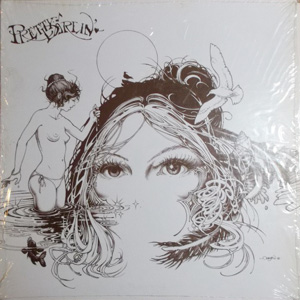 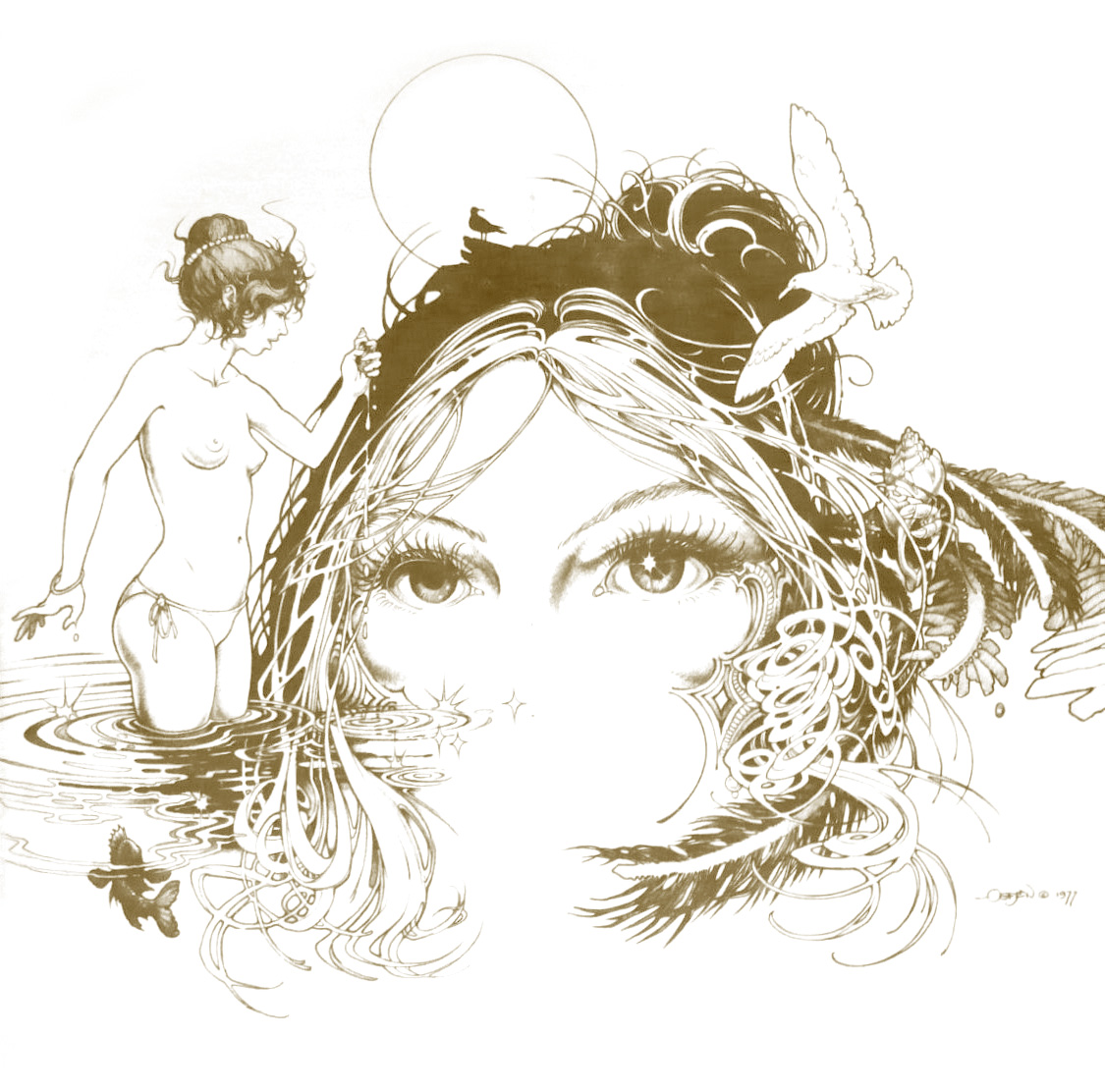 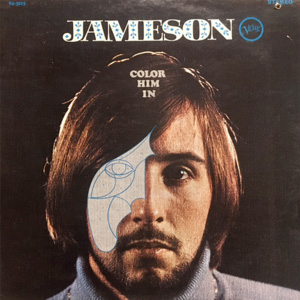 From the album Color Him In on Verve Records, named on the cover simply as “Jameson.

Also worked as a session musician and performed under the alias Chris Lucey. He recorded the album Songs of Protest and Anti Protest under the name of Chris Lucey. 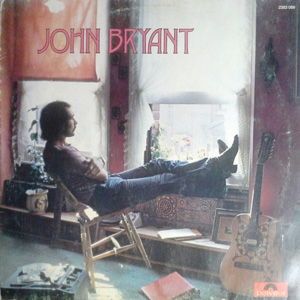 From his only and self titled album released in 1971.

His first taste of the group scene came at school where he was joined by fellow-pupil, Tony McPhee in a short-lived beat group in the early sixties. 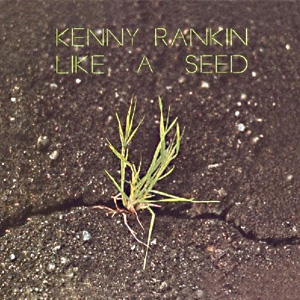 The title track from the album of the same name, Like A Seed, released on Little David Records ‎in 1972 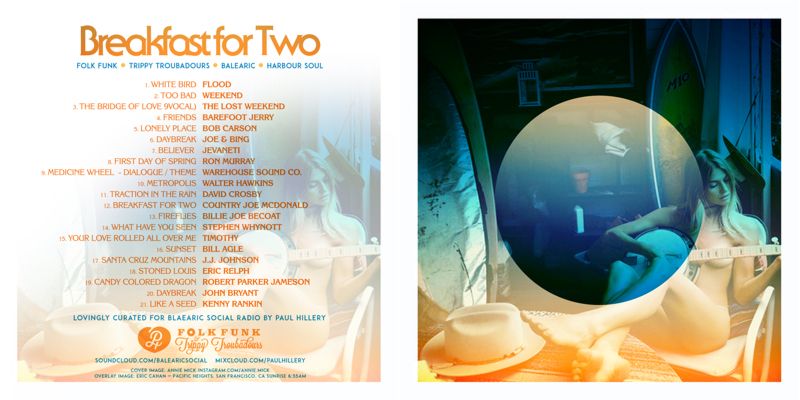 You can download a JPG of the cover if you want to download from Soundcloud and burn a copy to CD if you so wish.

Just to let you know the images used in this cover feature an image of Annie Mick follow Annie at instagram.com/annie.mick 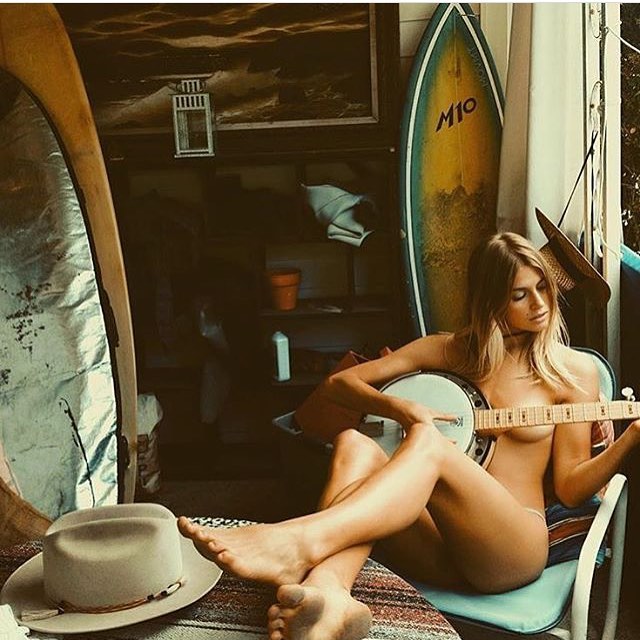 And an overlayed photo by Eric Cahan.

Cahan himself made most of the work for his current project, Sky Series, during his extensive travels. Each photograph and sculpture is titled with the time and location of its conception. In this way, Cahan catalogues his visual journal. “ During my travels, I discover what I want to document. My works are titled to remind me of the experience, both visually and spiritually.” Cahan’s viewers see in his work his unique interpretation of a specific time and place. 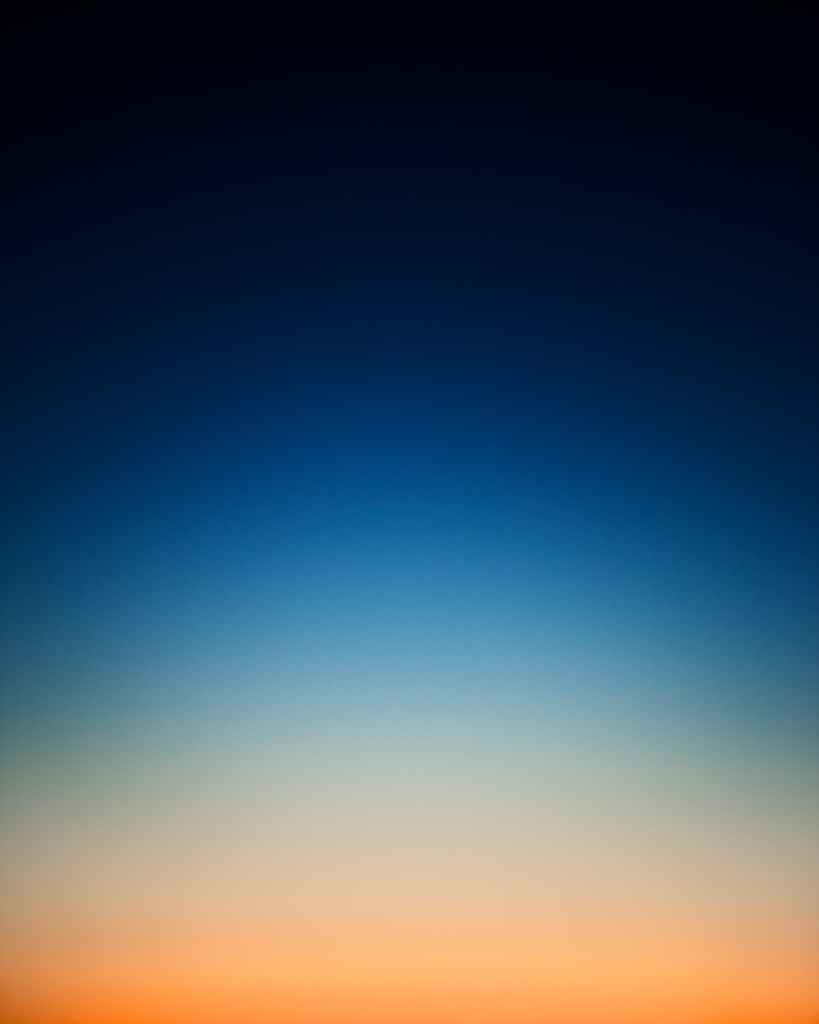 It’s been a while since I curated one of these Contemporary Look at Folk Funk & Trippy Troubadours compilations. But I was in the mood as I’d come across some really lovely new stuff that would mix with my older contemporary collection, so we get Hanne Hukkelberg, Tunng, Iron & Wine sitting besides Katherine Priddy, Gwenno, Angus Stone, and Kevin Morby. Plus a great track from Susan James an album that is from the album Sea Glass and was co-arranged by Sean O’Hagan (High Llamas, Stereolab, Super Furry Animals) watch this space for news of a vinyl release. Also a new track from Paul Weller called ‘Aspects’ taken from his acoustic lead album True Meanings out in September.

Fresh As A Sweet Monday Morning by Katherine Priddy

Hangman In The Shadow by The Gentle Waves

Do Not As I Do by Hanne Hukkelberg

Song Of The Sea by Tunng

Another Weekend by Ariel Pink

Gray Lodge Wisdom by Will Stratton 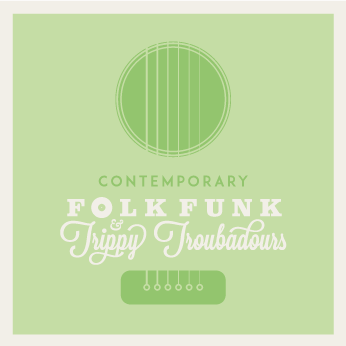 No Wonder I by Lake

Coming Down by The Lords Of Thyme

Thoughts Of You by Max Shrager

Mornin’ Son by Orange Can

All My Bastard Children by The Tyde 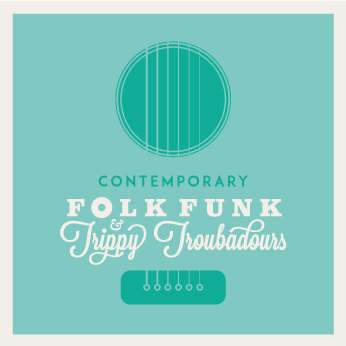 The Softest Kisses by July Skies

I Will (Ghost Ship) by Findlay Brown

I See Forever by Ebbot Lundberg & The Indigo Children

Everybody Daylight by Brightblack Morning Light

Down Where She Lives (Reprise) by Orange Can

Under The Sun by Mia Doi Todd

Another Day by 4 Hero

Going In Circles by Myron & E With The Soul Investigators