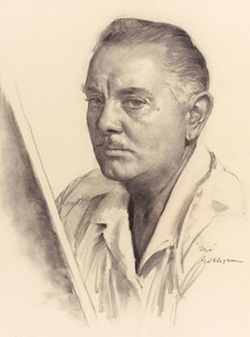 We have all seen those 1940s risqué pin-ups. You know the sort of thing, found on the nose of a bomber in a war film or adorn the walls of a soldiers barracks. Yes I know, not the right side political correctness, but shoot me, I’m still a fan.

King of these illustrations, for me, is Gil Elvgren. His wonderful work of women with natural curvature and revealing an expression of innocent surprise, perhaps an eyeful of a shapely leg, or a stocking, and occasionally a little bit more, tongue-in-cheek, and raising an eyebrow or two. But let’s face it, more saucy than sexual.

Gillette A. Elvgren was born on the best day of the year, yes that would be March 15th, in the year of 1914. He spent his early life in St. Paul, Minnesota, and attended University High School. During depression hit America, Gil moved to Chicago to study at the American Academy of Art. He graduated and joined the stable of artists at Chicago’s most prestigious advertising agency, Stevens and Gross.

America’s leading publishing company Louis F. Dow, saw Gils potential and around 1937 they started employed working together on calendar pin-ups. He would go on to create around 60 works on 28″ × 22″ canvas, these early pieces can be distinguished by the use of a printed signature.

The pin-ups he produced called be seen as nose art on aircraft bombers during World War II. It was around the end of the war that Brown and Bigelow, a firm that are still producing calendars to this day, approached Gil. So from 1945 to 1972 they worked together, producing 100s of pieces using a 30″ × 24″ canvas, it is on these a cursive signature can be found.

Strongly influenced by illustrators, such as Charles Dana Gibson, Andrew Loomis, and Howard Chandler Christy. Other influences can be seen in works by Frederick Sands Brunner and Rolf Armstrong.

The model was the all-important factor in making an illustration strong. When Elvgren was once asked which feature of a model most interested him, he replied;

A gal with highly mobile facial features capable of a wide range of expressions is the real jewel. The face is the personality.

Before an age of digital photo editing, it was a skilled illustrator who possessed the ability to shape beauty. Explaining the technique used and the distinctive “touches” he added to his illustrations he said he liked to create the feeling that, underneath all the surface charms, there was a delicious warmth of mischief behind the model’s eyes.

Myrna Hansen, Donna Reed, Barbara Hale, Arlene Dahl, Lola Albright and Kim Novak are among the many models that posed for Elvgren. Featured below photographs of some of these models can be seen adjacent the final illustration.

Hope you enjoy this glimpse into the way a master like Gill Elvgren worked. 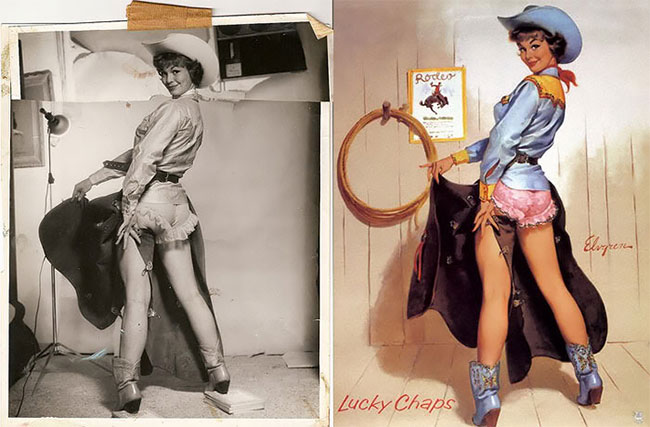 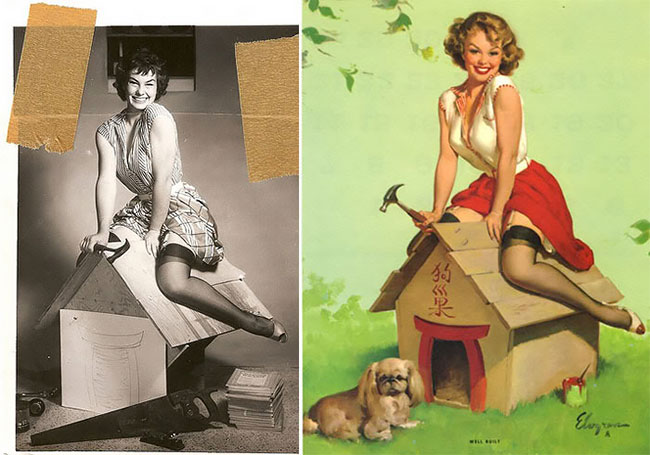 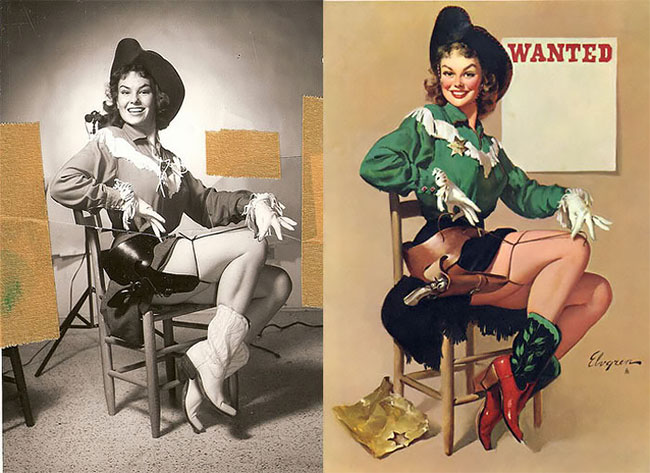 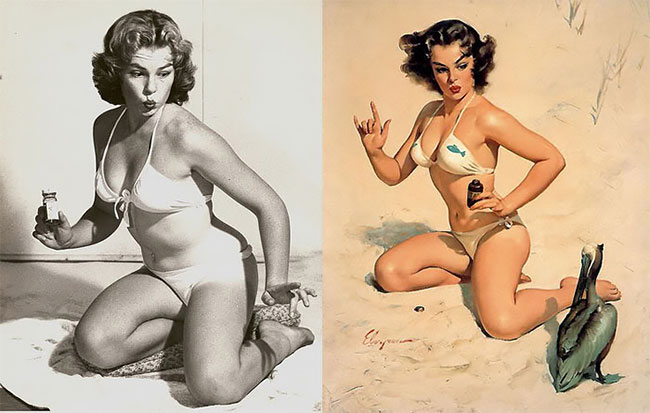 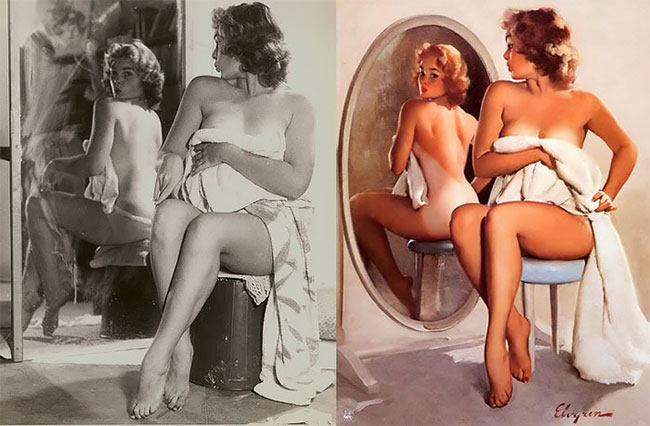 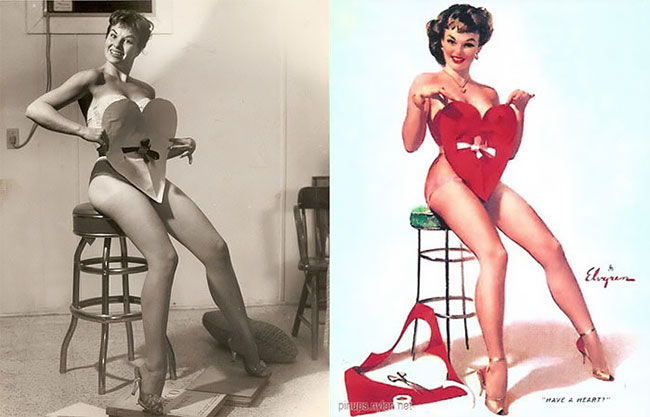 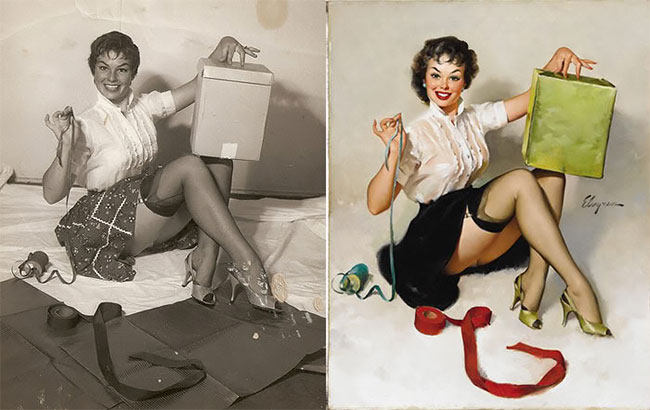 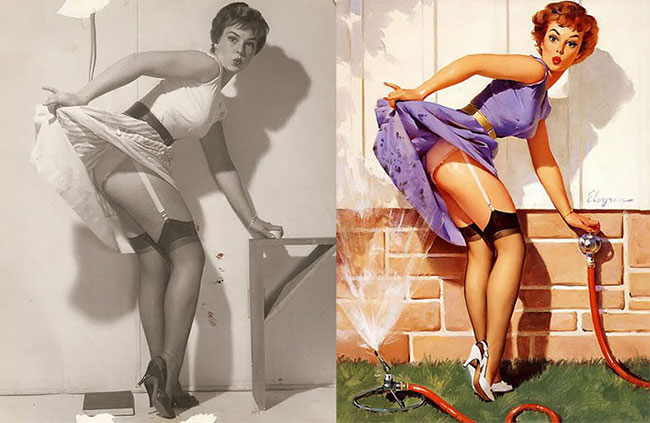 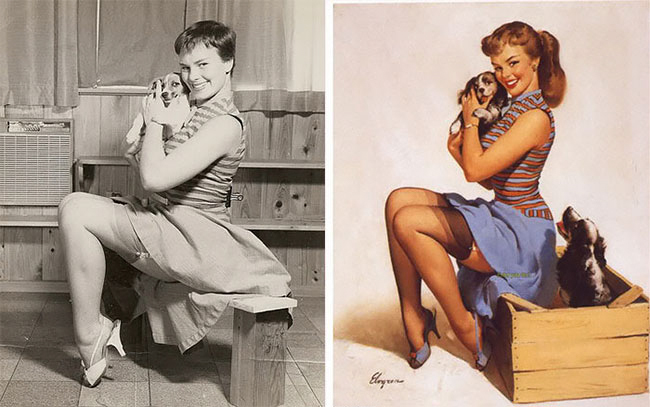 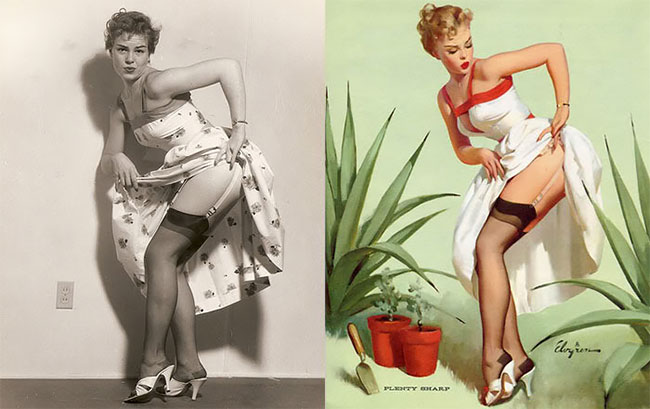 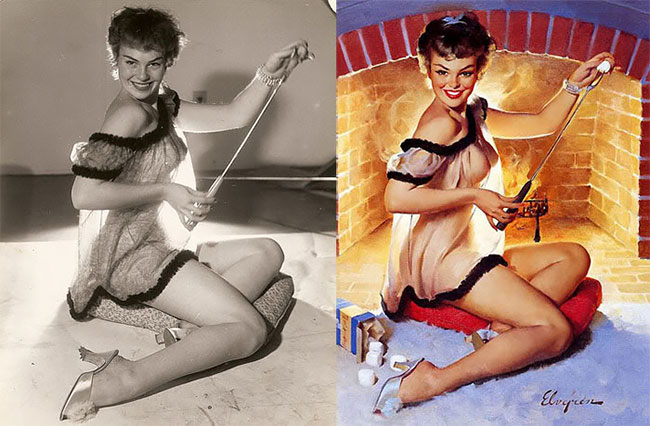 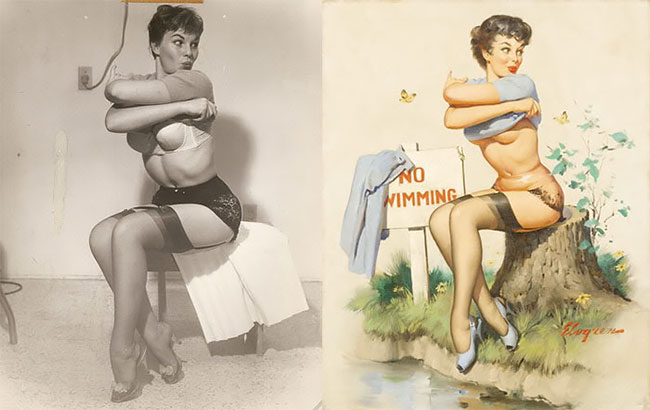 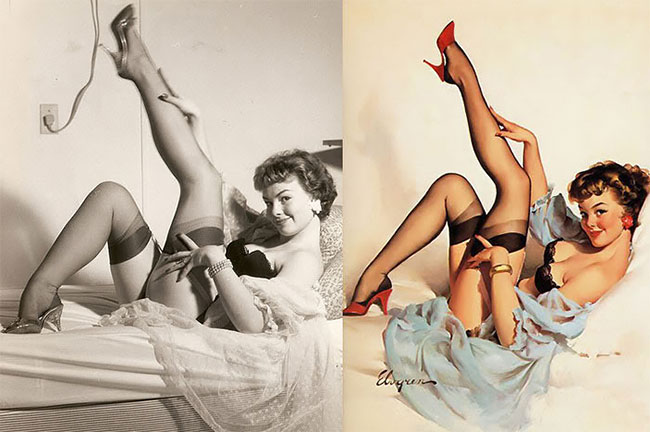 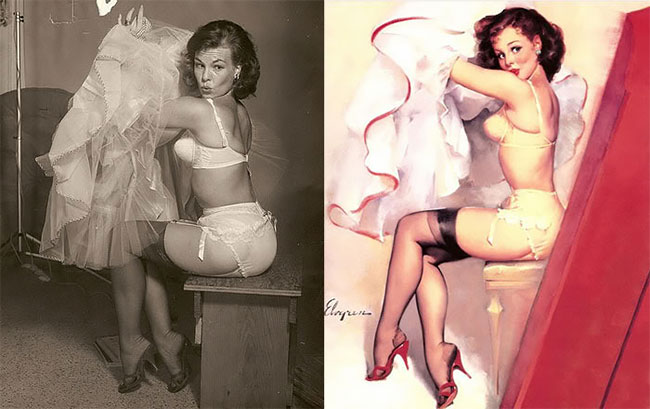 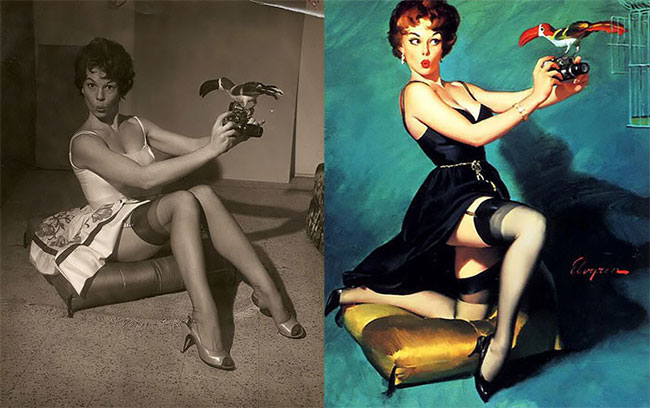 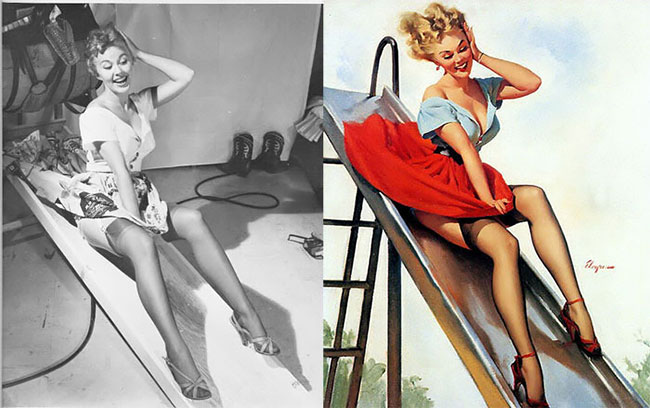 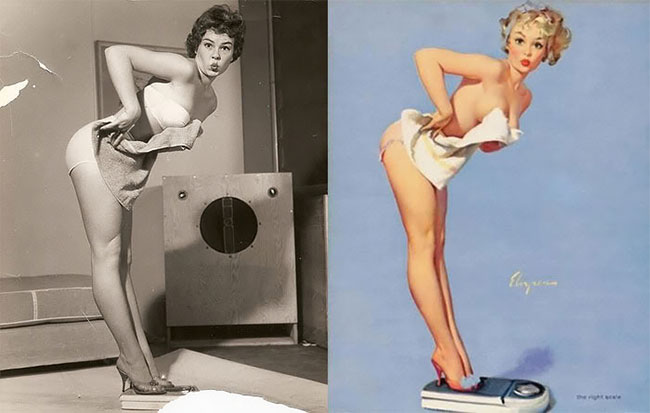 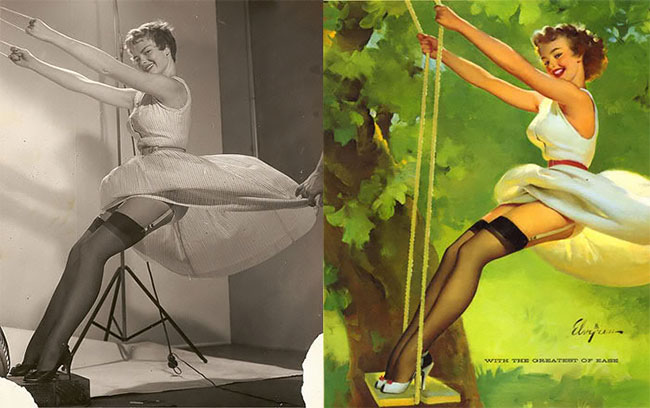 Gil Elvgren: The Complete Pin-Ups Pin-up published by TASCHEN is handy anthology and introduces Elvgren’s saucy yet sweet models through a huge selection of his calendar and advertising illustrations.